The Challenges & Joys of Having a Mandarin Immersion Student 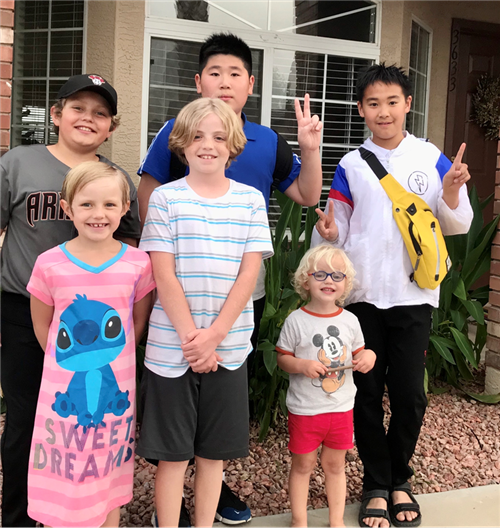 I was warned of some of the possible difficulties of enrolling my child into a Mandarin Immersion Program.

If I can’t speak Chinese, how will I help them with their homework?
Kids in dual immersion don’t do as well on standardized tests in Math and Science.
Other kids will tease them.
They are with the same kids every year from Kindergarten on, how will they make other friends? Chinese teachers are really strict.
It’s really hard….like, really hard!

We were warned of just about every ‘downside’ anyone could think of. In the end, we still decided the opportunity was too big to pass up. We were lucky enough to be chosen out of a lottery of 500 prospective students and I can honestly say in the last 6 years of having 3 kids in the Mandarin Program, I wouldn’t change a thing.

Did some of the concerns prove to be true? Of course! And even some new ones nobody thought about! But we have learned that kids are resilient, they are adaptive and they grow and stretch as their environment requires them to. Outside of the United States, it is common for children to grow up learning at least 2 languages, so this isn’t actually rocket science, kids can do it!

Watching my children converse with teachers and peers and sometimes even complete strangers on vacation, in a language I cannot even pretend to understand, holds a satisfaction and joy all of its own. One elderly tourist was so pleased he was brought to tears as he cradled my sons face in his hands and thanked him over and over. Maybe mom shed a tear or two of her own as well. Hearing them sing songs, recite things and even stand in front of a crowd speaking confidently in any language is a heart-swelling occasion, but seeing them do that in the Mandarin language never ceases to amaze me.

We felt it was a skill we could offer our children to help them prepare for a more global future and understanding because Immersion programs aren’t just about the language, there is a heavy emphasis on culture that holds an enrichment all on its own, and is certainly one I have benefitted from as well.

During the first few weeks of the program, we sometimes had to skirt past brave children (and parents) brought to tears at the prospect of another day of school, but that subsides quickly, and I have noticed there is an even greater sense of accomplishment that develops. Telling my kids they can do hard things pales in comparison to them proving it to themselves. And learning to read, write and speak in Mandarin is a hard thing. But one that is well worth the effort.