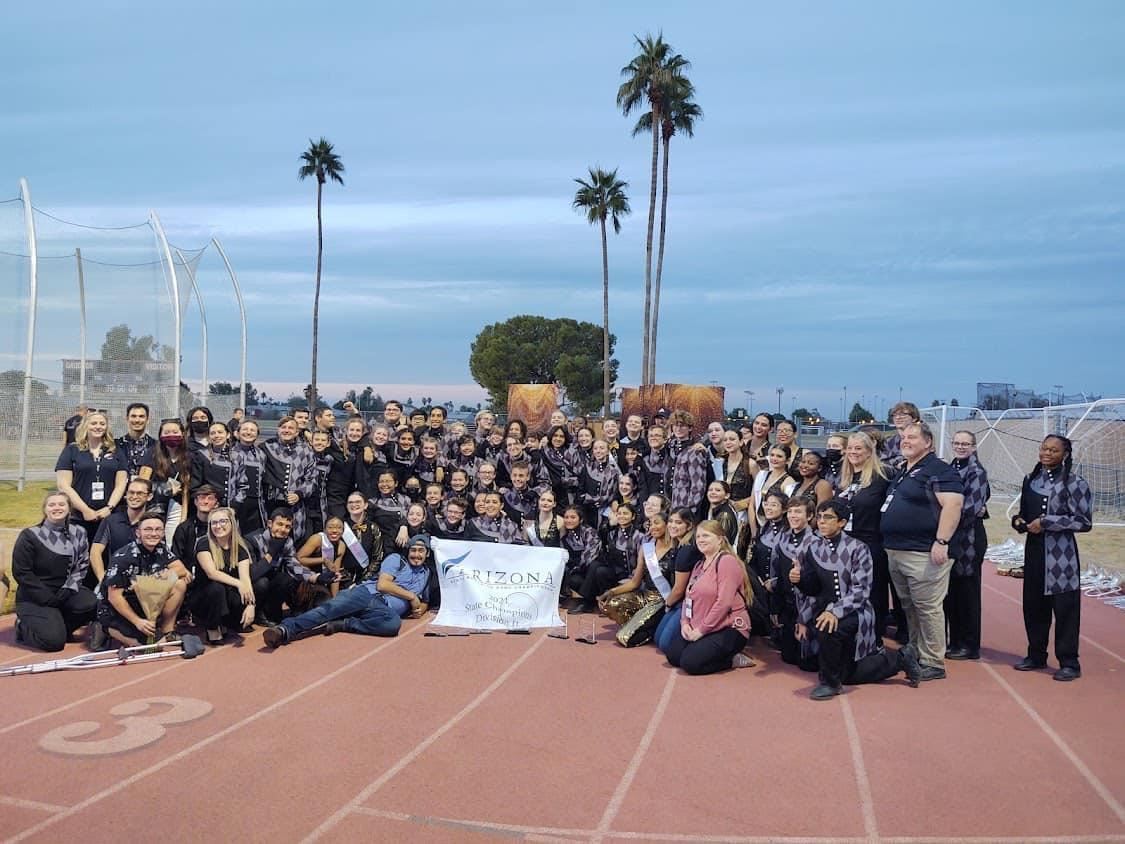 The band placed 1st in their division and swept all the caption awards in music performance, visual performance, general effect, color guard, and percussion performance.

The WFHS Black Hawk Regiment consists of 70 members. The band has consistently led from the front all season, taking 1st place in four other regional competitions and then competing in semi-finals, where they also took 1st.  Since June, the students dedicated more than 250 hours of practice time to prepare for their championship performance, including rehearsals, Tuesday and Thursday night practices, and many weekends.

Their show titled "Spotlight" shared the story of the pressures of being in the spotlight and how it can change you. Musical titles included "Blinding Lights" from The Weeknd and "Shallow" from Lady Gaga.

"This year has been one filled with many late nights, early mornings, blood, sweat, and tears," said Senior Drum Major, Kellianne Kuc. "Going to every show and seeing how much we improved was an amazing feeling."

Kellianne added that standing on the field in front of all those people and waiting for the score was "nerve-racking." However, when the announcer called their school last, she was overwhelmed with emotions.

"It was my senior year, my first year as drum major, and we had just won state," she said.

Although she was excited about winning state, Kellianne noted that at the end of the day, it’s not about getting first place – it’s about feeling proud of the progress you have made throughout the season.

"The dedication from these kids was unbelievable from the beginning," said Band Director Robert Edgar. "They worked hard right out of the gate in July to get as much of the show on the field as quickly as possible and then remained focused on cleaning details. The staff and I are so proud of their tremendous growth."

The 1st place at state isn’t the end for the Williams Field High School Band this school year, who already has impressive plans for 2022. WFHS Band, along with Higley High School, has been invited to represent Arizona in the National Memorial Day Parade in Washington, D.C.

The Parade will take place on May 30, 2022. Additionally, the Symphonic Band will participate in the National Memorial Day Concert Series at a memorial on the D.C National Mall. Students will have the opportunity to tour the city, lay wreaths are Arlington National Cemetery, and attend a clinic with one of the premier D.C. Military music programs.  The cost of the trip is $1,800 per student. The Band Boosters have established the Band Angel program for donors and sponsors to help students pay for the trip.  Donations can be made at https://blackhawkregiment.org/band-angel-program/. The Black Hawk Band Boosters is a 501(c)(3) non-profit organization making all donations tax-deductible.